An Expression of Joy.
Over the years, the BMW brand had become associated with some negative baggage - much of it stemming from the 80's. Yuppies needing to compensate for short-comings... The dingy, rich valley-girl in the red rag-top... It had become a brand for posers, those who were looking for a quick badge to make a statement.

But the irony was BMW actually had a rich heritage. Its history celebrated culture with famous art cars painted by none other than Roy Lichtenstein and Andy Warhol. So we decided to tap into this to convey that BMW was actually a genuine brand belonging in the world of forward thinkers. That BMW reflected progressive thought and celebrated the arts. We wanted to convey that there was authenticity to the brand among the creative class.

And so we made art. But instead of painting the car, we used the car itself as a paintbrush and commissioned Robin Rhodes to create a football field-sized canvas. The event was documented and distributed as films, exhibits, advertising and a full-length documentary shown on the Discovery Channel. 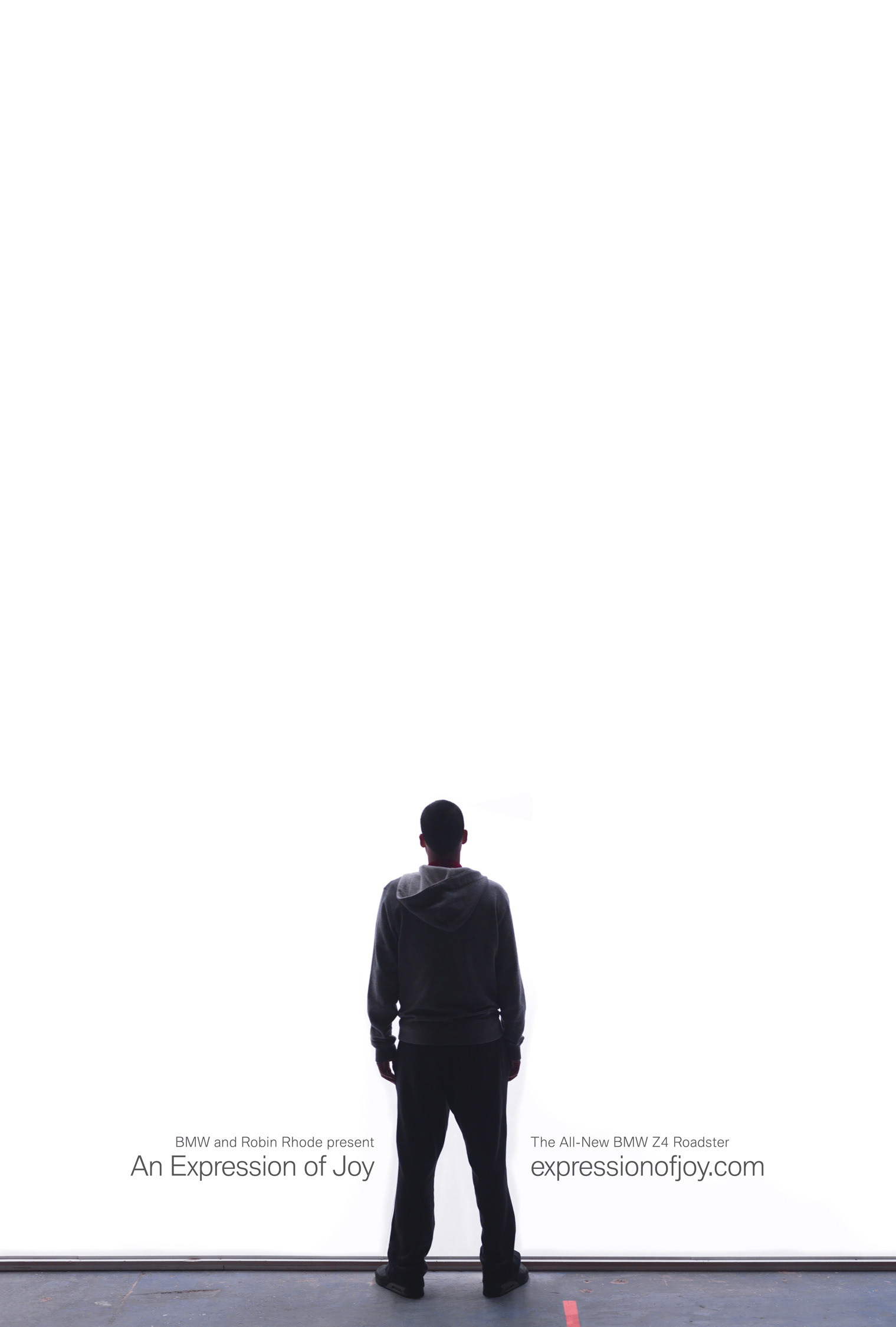 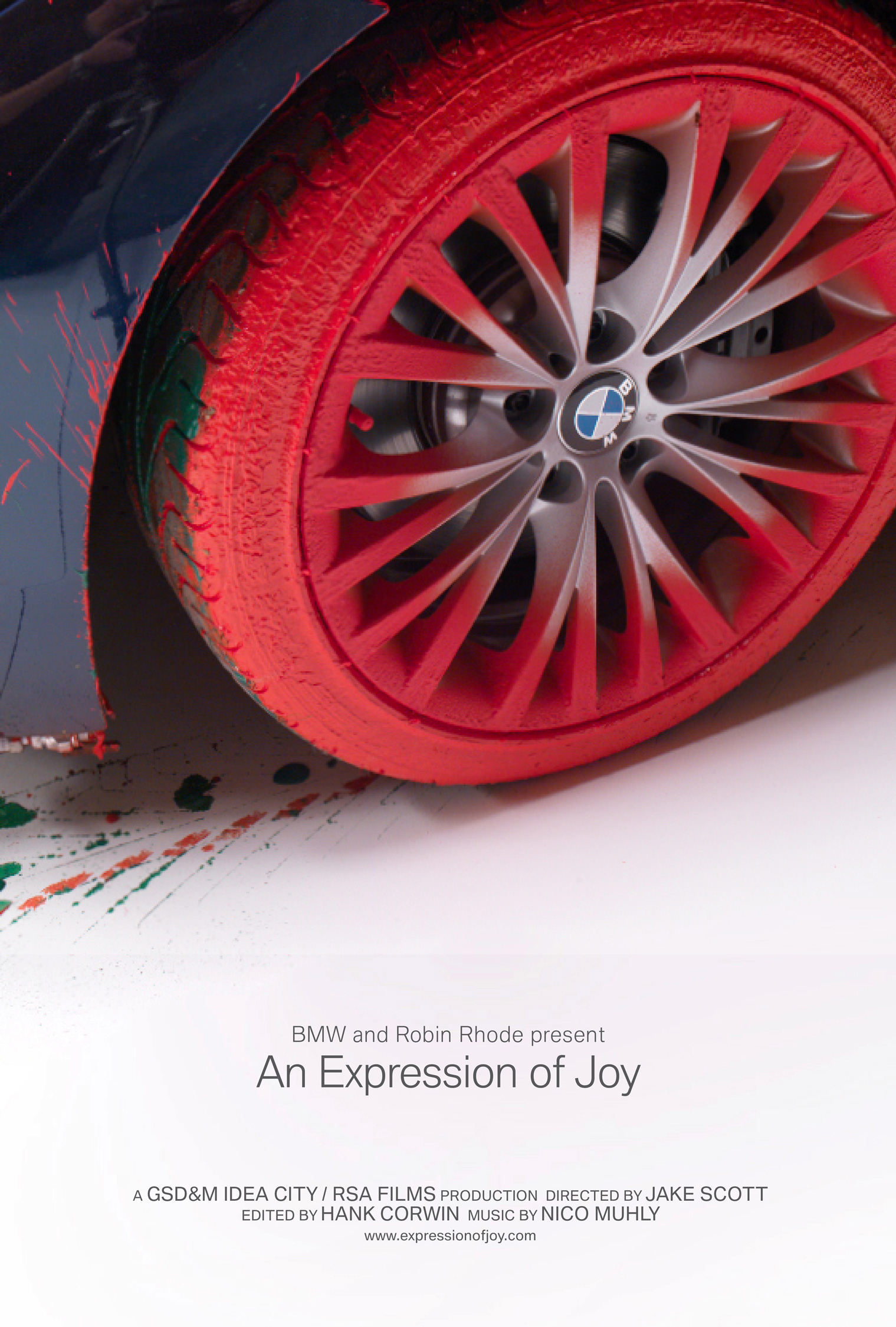 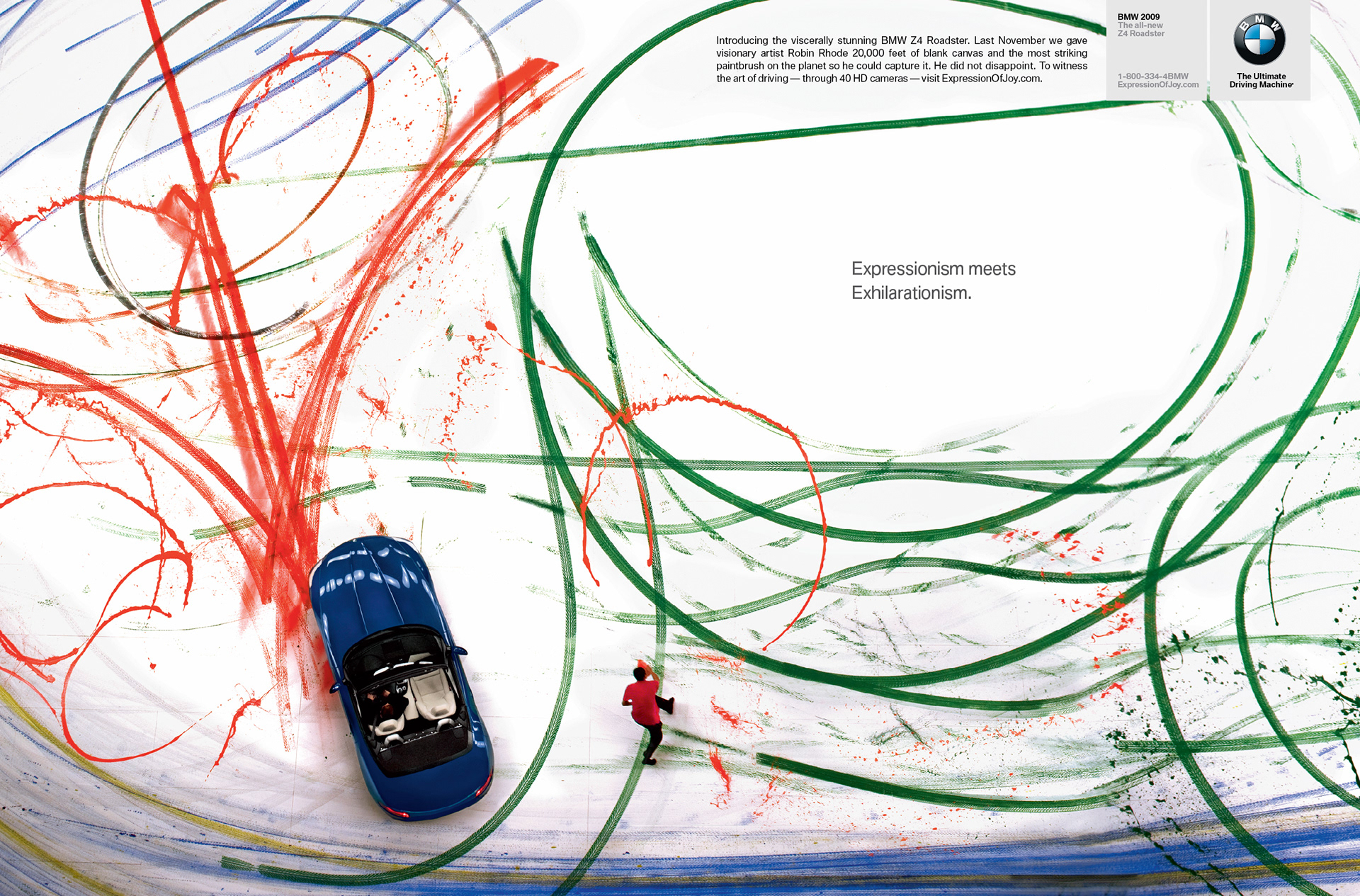 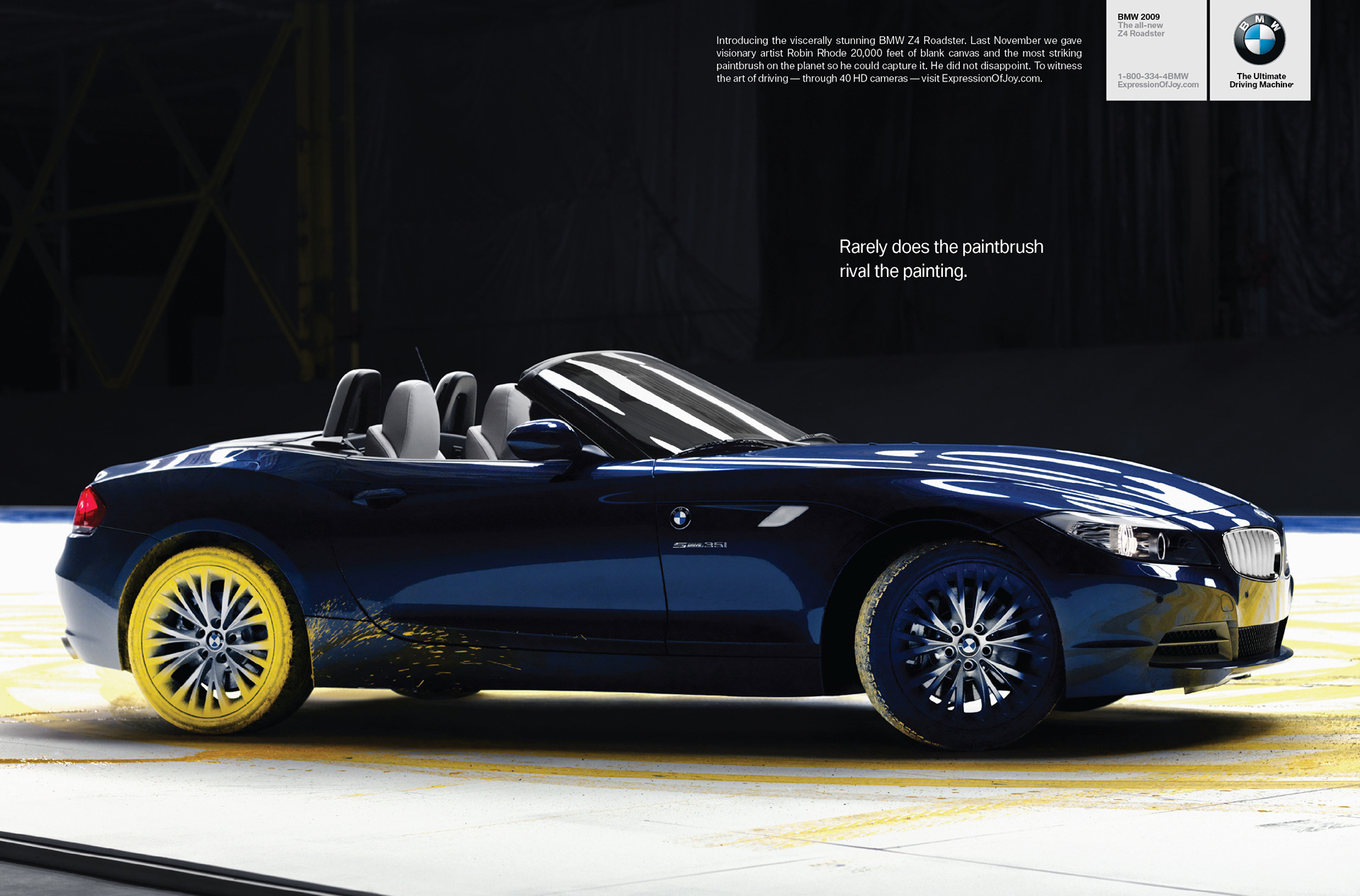 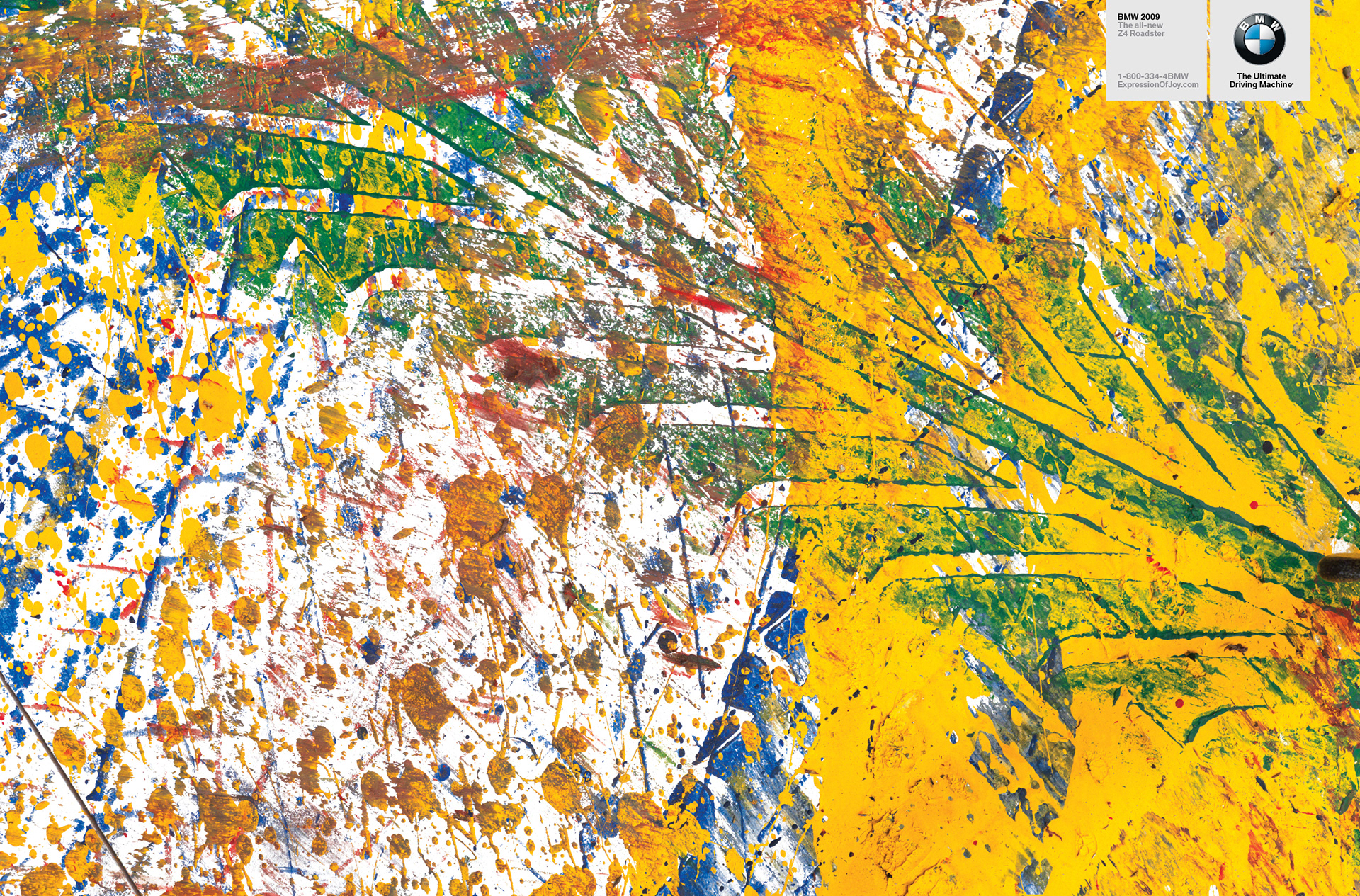 Joy Unscripted.
Continuing on with our efforts to showcase BMW as a genuine brand living up to its heritage, we set out to create a series of films featuring real people with real stories, and their unique relationships with BMW.