It's time for a phone to save us from our phones.
Windows Phone had been out of the smart phone game. They were so far behind that they essentially had to scrap everything and start over. For Microsoft, there was a lot riding on it, and a lot riding on a successful launch.

The thing was, the new Windows Phone 7 was actually pretty darn great. It was centered around a design and interface which made the whole experience MUCH more efficient. Everything was built around the objective to get you in and out as quick as possible with less steps.

On another front, we also noticed (who hasn't) that everyone seems to have their heads buried in their phones these days. It's certainly a cultural sticking point and for many a point of contention. So we decided to use this tension to highlight the benefits of the phone - it's efficiency - by pointing out how absurd we all look when we're stuck in them. It was a bold move, but this was the strategy and idea behind the entire launch campaign, summed up with the line: "Be here now." 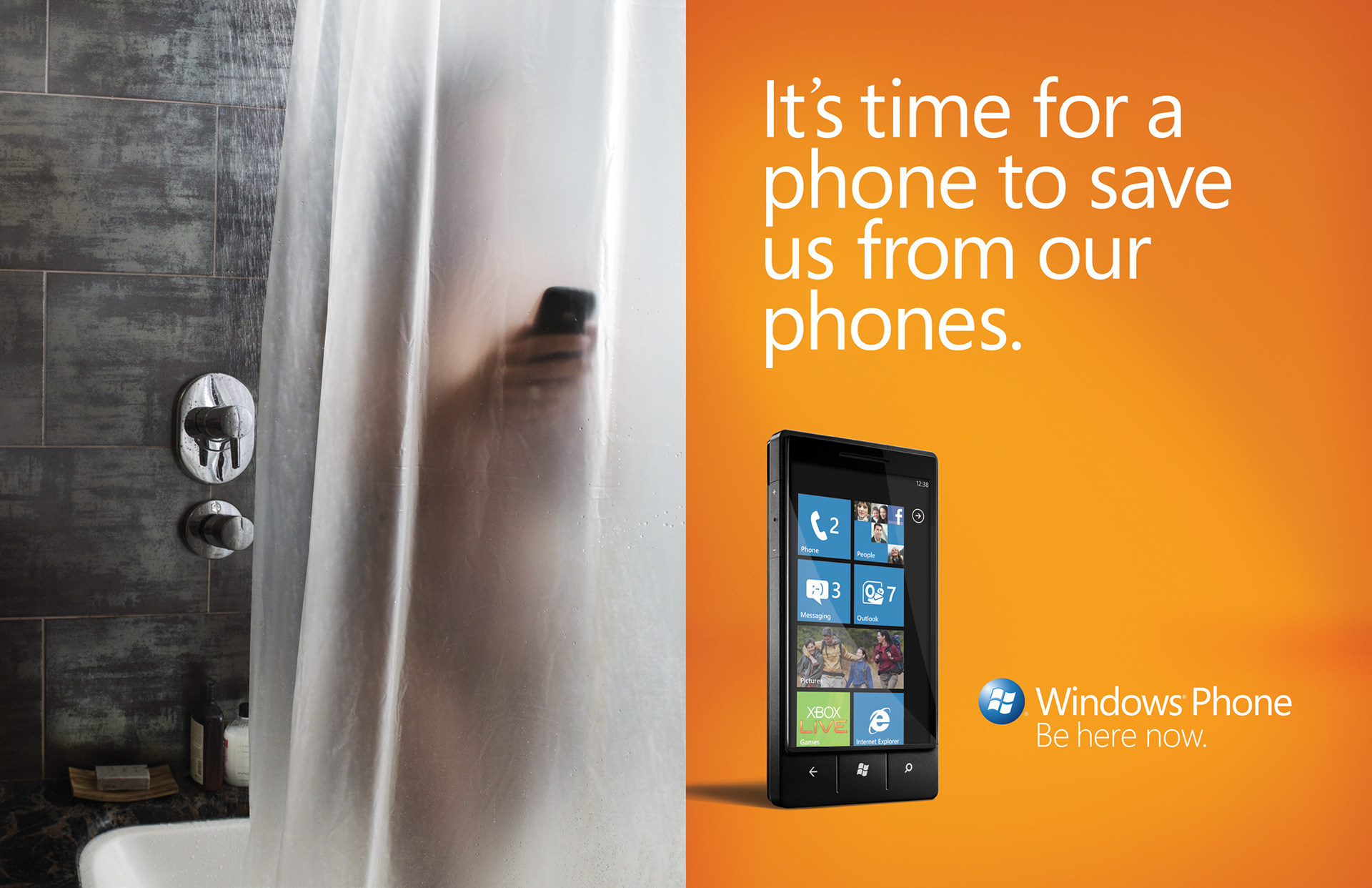 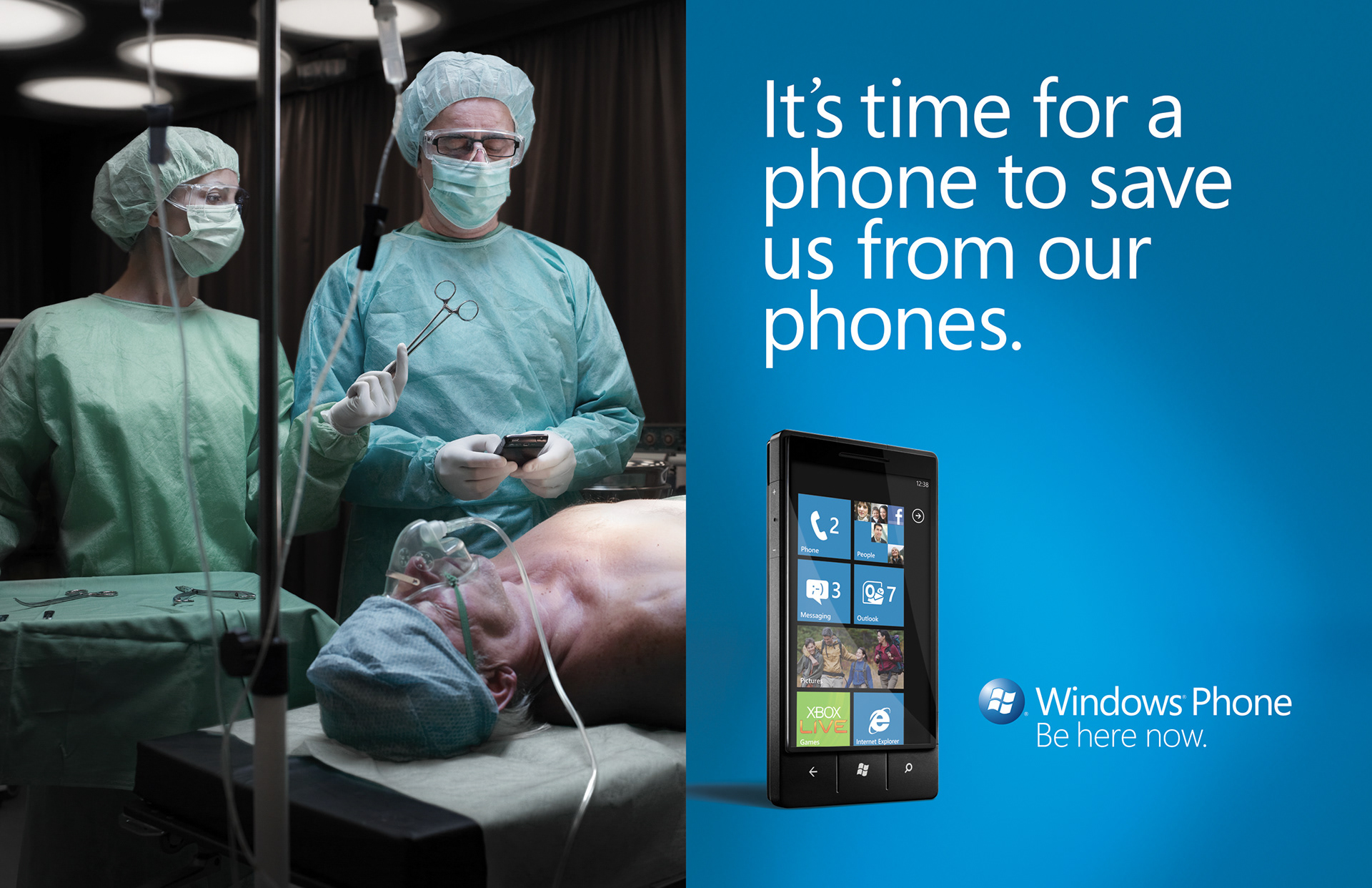 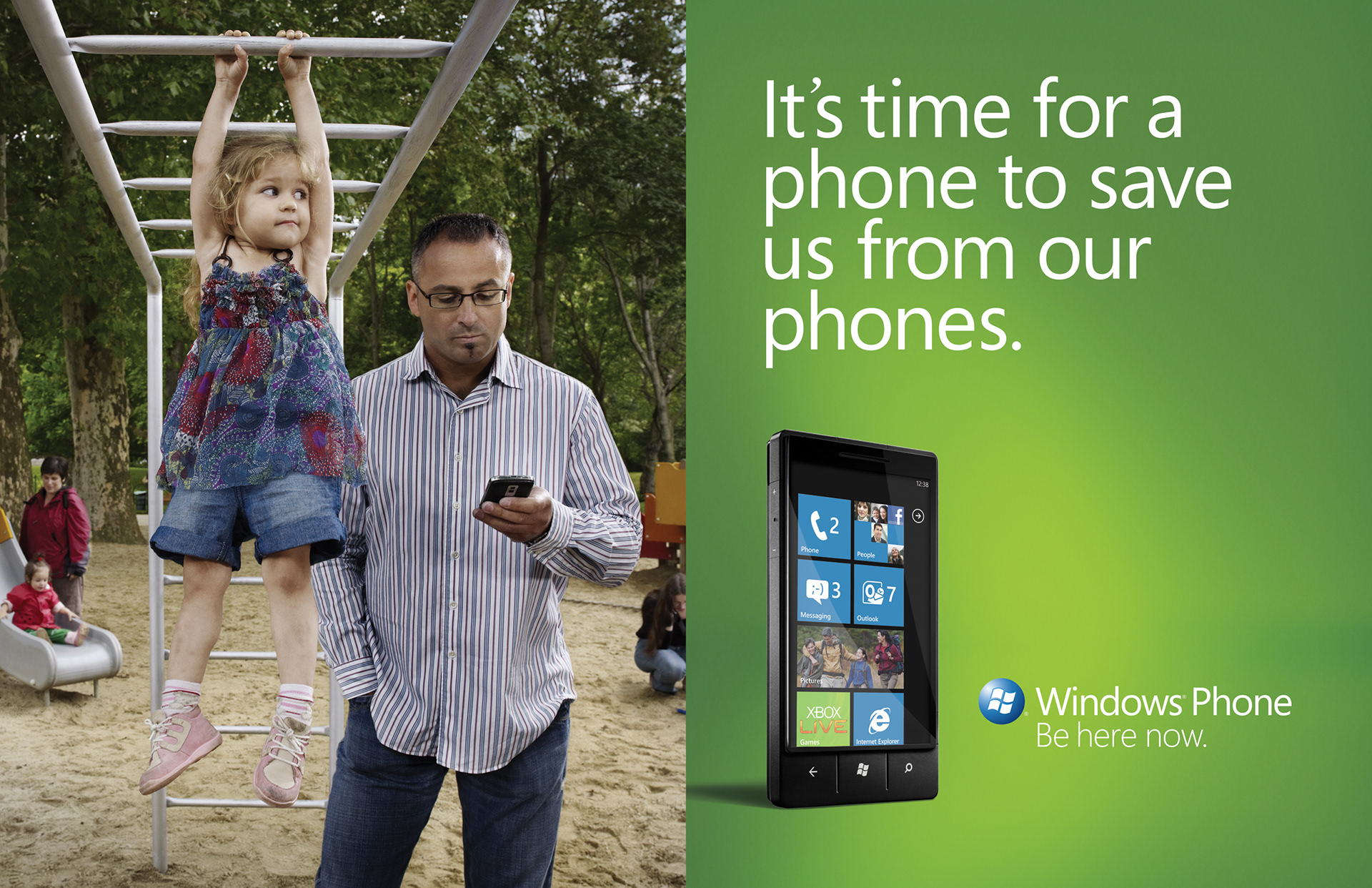 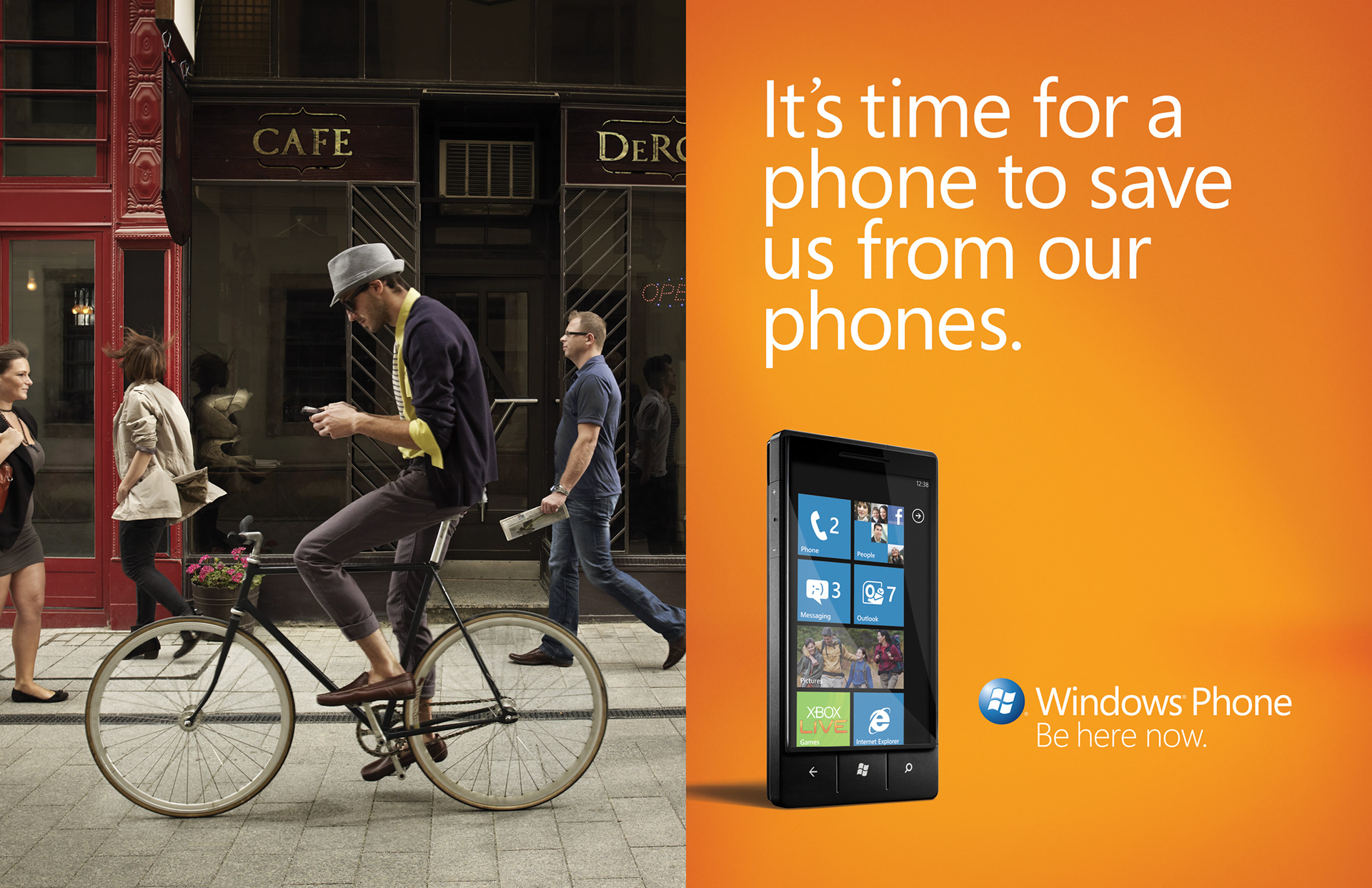 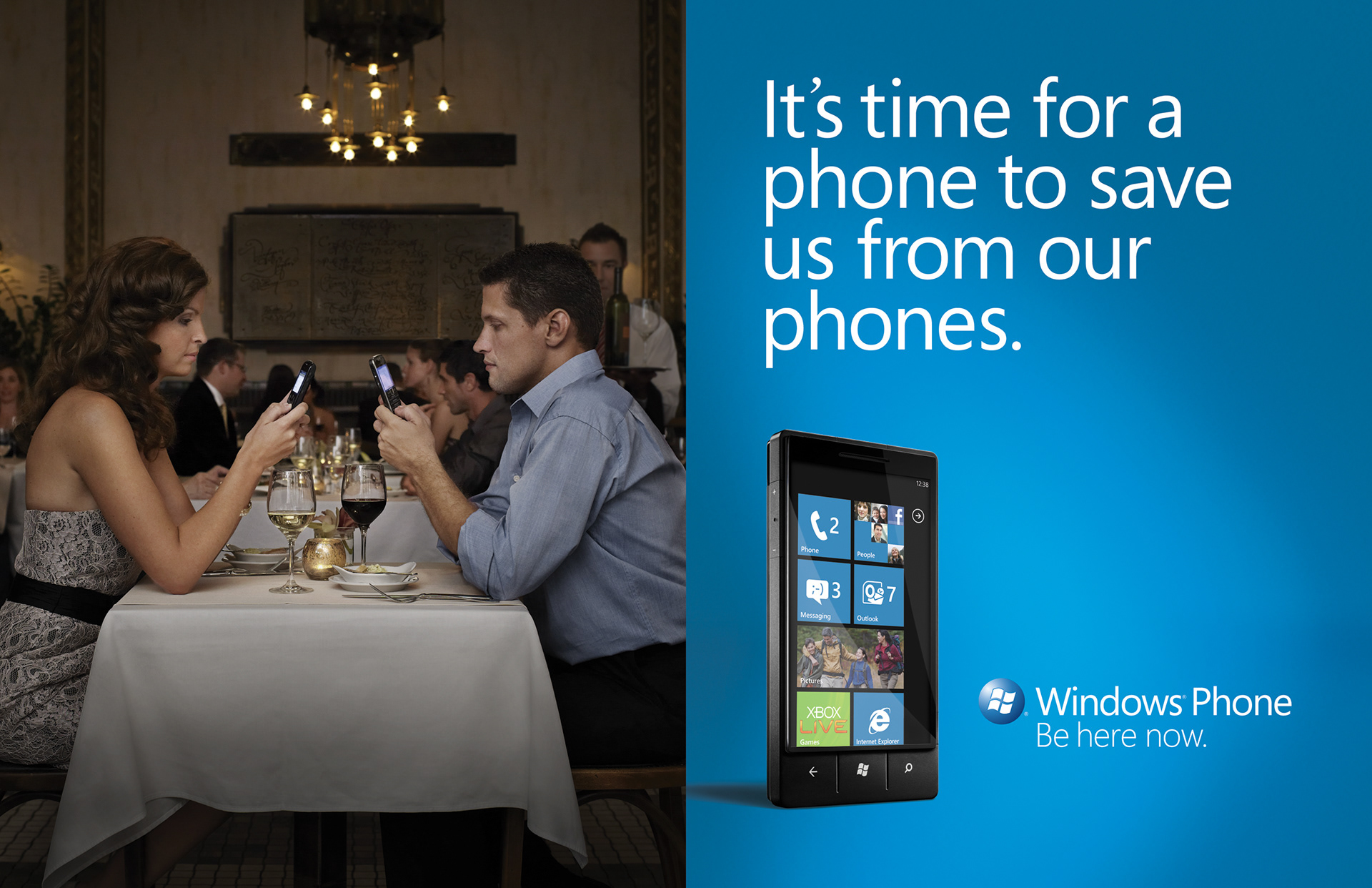 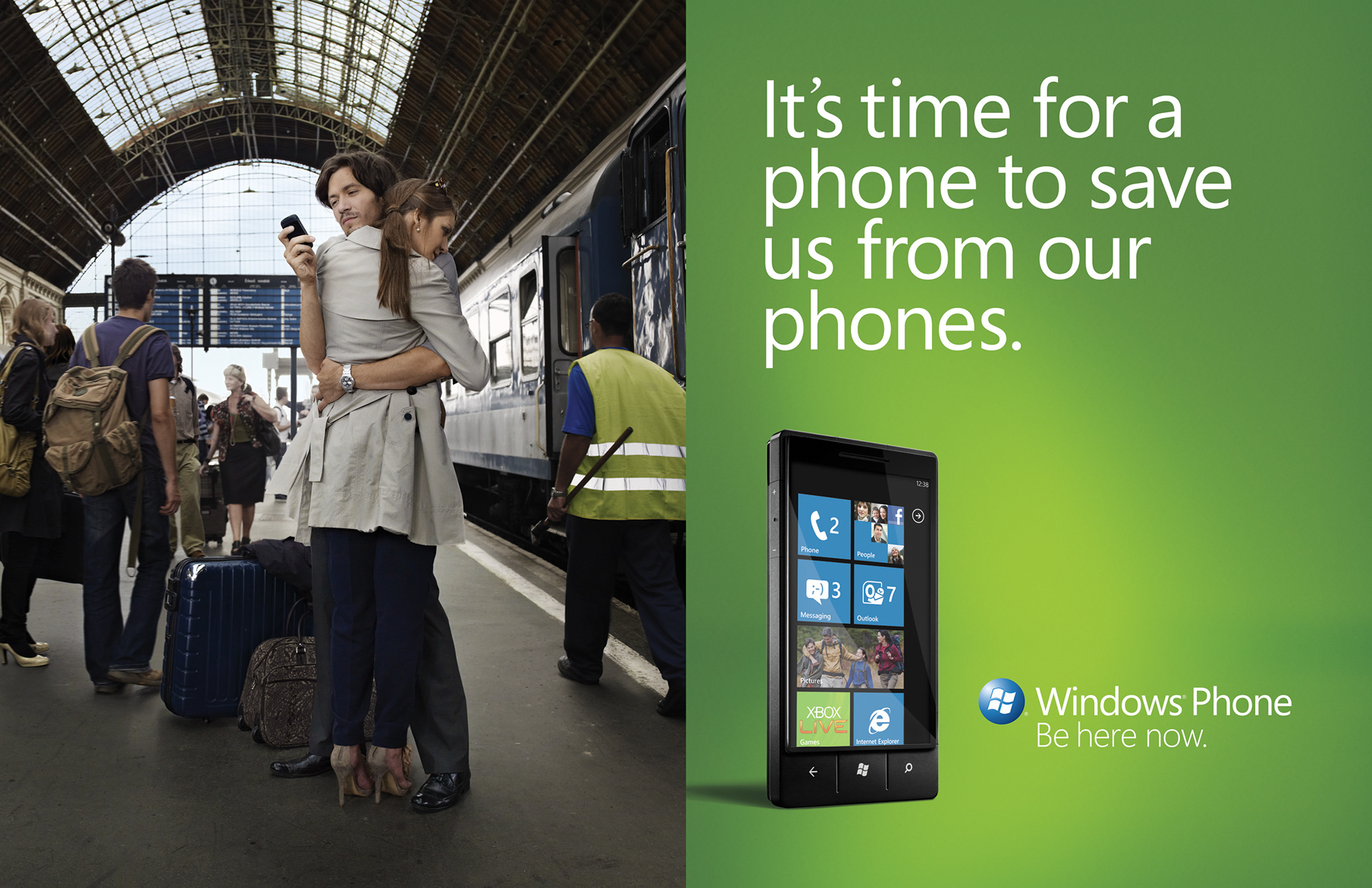 Window's Phone 6.5
Windows Phone 6.5 was admittedly a stop gap for Microsoft. They were about ready to release the entirely new Windows Phone 7, yet there was a considerable about of inventory of the current models still in the market.

The problem was, there really wasn't any true benefit to the phone. The ONLY thing really going for it was that millions of people were already part of the Microsoft ecosystem. So we took this tiny little selling point and ran with it. We produced a campaign centered around the idea: "Your Windows stuff goes where you go." We brought this to life in a series of love stories, separating people from their lovable Windows stuff no more.
↑Back to Top